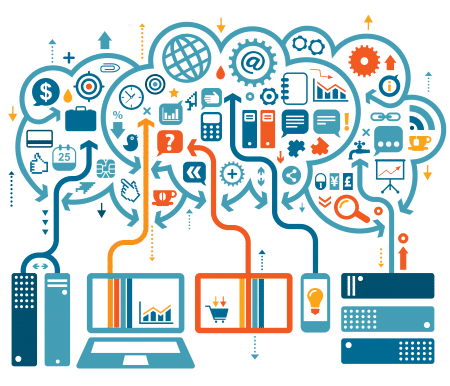 Software for DAQ systems has advanced rapidly over the past few years. Gone are the days of having to write software from scratch for every sensor in your DAQ system. And whilst some of the skill of writing bespoke DAQ software might have faded into the past, the data tools available now offer far more powerful data manipulation and analysis than ever before. This, and the ever decreasing cost of DAQ software, means that it is becoming ever more common to see DAQ systems implemented even on amateur projects.

Whilst the software you use to manipulate and analyse your DAQ data will depend on your individual requirements, and it is therefore hard to recommend the right approach for you, in general there are three approaches to DAQ software – the old-school, bespoke approach, off-the-shelf proprietary DAQ software, and software incorporated into your input device. Let’s take a look at all three.

The old-school way of collecting and analysing DAQ data was to have an engineer write you bespoke software for each and every sensor you had implemented. If that sounds like it was a slow, laborious process, you don’t know the half of it.

Today, this approach is not really suitable for the vast majority of users. Some highly technical industries, employing exotic sensors and requiring very low latency rates, still benefit from having bespoke software written for them. For most of us, however, the hassle and expense of doing this rules it out.

Once DAQ cards become standard across many industries, it was possible for software companies to build software that could aggregate and analyse data from most of these cards. Today, there are a huge number of software solutions available for DAQ systems, ranging from simple data loggers to fully-featured data visualization software.

Among the most popular packages today are: WinDaq, a pretty basic but reliable solution; IceCube, a little more expensive but offering a huge scope for modification and customization; and Chameleon DAQ, a newcomer to the market but quickly making a name for itself.

These software packages have many advantages, of course. The ability to analyse data from within common desktop environments, and output this in widely-recognized formats, is a huge advantage over older systems.

That said, proprietary DAQ software still commonly requires the user to have some knowledge of a range of proprietary computer programming languages. The outcome of this is that companies have to spend resources on getting specialists in to program their DAQ systems, and amateur users have to waste many hours learning coding just to get the data they need.

Accordingly, in recent years some DAQ devices have incorporated software into the hardware DAQ device itself. There are many advantages to this approach – not only are these systems easier to use, but the fact that this software is running on a dedicated piece of hardware greatly reduces latency time.

Overall, for most small businesses and amateur users, this kind of DAQ software is recommended, if only because it can be used “straight out of the box”.