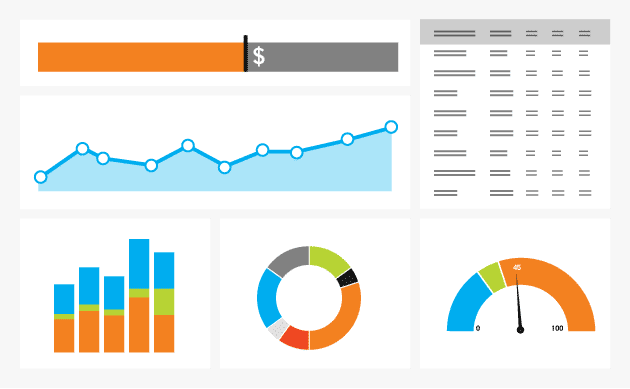 Before diving into the data acquisition toolbox, we first need to understand what data acquisition constitutes, and the place of a toolbox in the framework aimed at handling real-world data.

Data has become the most crucial currency of 21st Century civilization. This evidence abounds in the Internet of Things (IoT), the advent of Big Data, and the myriad ways we seek to transform data to make its digital processing possible. The latter is the essence of data acquisition.

Data acquisition represents the process used to digitize everyday data so we can ultimately store, display, and analyze it for patterns that uncover hidden meaning and behavior.

Data acquisition constitutes the frameworks used to track and measure some real-world phenomena. It involves the capture of things which are often analog-like, such as temperature, power consumption, age, distance, force applied. The shared feature is that their measurement distributions aren’t discreet but occur in wave-like formation.

Conventionally abbreviated as either DAS or DAQ, data acquisition systems are designed to ultimately convert some physical entity presented as analog waveforms into data points on a computer. This article will use the DAQ acronym henceforth.

Collecting and collating data requires the deployment of a system with tools capable of intervening at several points in the process to make the process seamless, and even automated. These involve sampling the signals which we intend to measure, then storing them in an easily transmitted format in an information system like a computer, and performing the final analysis.

DAQ achieves all of this with the help of the following components.  These include sensors to convert the physical, measurable factors into electrical signals; signal conditioning circuitry used to place the sensor signals in a form amenable to digital conversion; and analog-to-digital converters (ADC), which performs the actual conversion of sensor signals to digital values.

What is a Data Acquisition Toolbox (DAT)

A data acquisition toolbox (DAT) provides a set of tools that allow you to configure and acquire data from data acquisition boards. It enables you to analyze live or acquired data using high-performance computing environments.

Apart from supplying the applications and functions for the configuration of DAQ hardware, DAT also facilitates reading data into applications and subsequently writing data through DAQ analog input and output workflows. It eventually enables you to do immediate analysis and visualization with the data.

Most of the current DAT systems available are almost exclusively built on proprietary computing environments such as MATLAB. These often require separate software purchases, the cost of dedicated computers, and the cumbersome learning curve of proprietary programming languages.

However, here at DAQifi, we believe users shouldn’t do any of the above, in addition to spending a large amount of time configuring and programming DAQ devices. That is why we deliver portable DAQ systems such as Nyquist with wireless connectivity for added convenience.

Therefore, our focus is to offer a powerful, versatile, and easy-to-use DAQ system designed to save you time and money.

DAQ is comprised of a collection of hardware and software that facilitates the control and measurement of a targeted physical characteristic. For the hardware, the primary purpose is to convert analog signals obtained through sensors to digital values and vice-versa. The DAT proves useful here as it provides an interface to these hardware devices.

The DAT also allows you to acquire data from DAQ sensors and subsequently send out electronic signals that can be used to drive or control external devices. The toolbox also makes it possible to configure hardware. The toolbox has to optimally support a variety of hardware to enable it to effectively connect and link with data acquisition devices, cards, and modules.

If you happen to be using a plug-in enabled device such as a computer, you can use programming environments such as C++, Python™, C++®,  MATLAB®, and NI LabVIEW™, DASYLab®. In essence, DAQ devices allow you the flexibility to choose your preferred software, which in turn provides the possibility of a customizable solution unique to an application.

These DAQ devices often contain signal conditioning and analog-to-digital converters (ADC) but usually have to be connected to a computer to function. However, DAQifi’s Nyquist 1™ comes with flexible interfaces that allow you to connect to both a desktop PC and mobile devices through WiFi-enabled Apps.

Due to their flexibility, these devices can often be used in various applications, therefore making them a popular choice.

It must provide a measure of interactivity, a user-friendly framework to facilitate for bringing in data, measured data into a DAQ programming environment such as MATLAB by using plug-in DAQ hardware that is PC-compatible.

Components of a Data Acquisition Toolbox

DAT functions allow you to vast control over these components: analog input and output, digital input and output, and counter/timer subsystems of a DAQ device, while equally incorporating simultaneous analog IO conversions.

A data acquisition toolbox enhances the user’s experience with a DAQ in several ways. When considering a DAQ, it is crucial to investigate whether it provides support for such features.

DAQifi is a small engineering company specializing in tools for sensing, data acquisition, and controls. DAQifi is owned by Tacuna Systems and got its start providing hardware solutions and service for the strain/load measurement industry. The company’s four majority partners share a common goal of providing top performing products at a great value to their customers. Although offering products at reasonable prices is an important aspect of providing value, we know value cannot be viewed in terms of price alone.